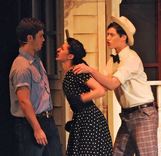 ​Written by William Inge.
​Madge Owens is ready to settle down with her steady, sensible fiance when the wild stranger Hal Carter breezes into town, igniting feelings in Madge she never knew she had. The annual Labor Day Picnic becomes a backdrop for a tale of longing and regret in this poignant drama, the winner of the 1953 Pulitzer Prize and the Critics Circle Award. 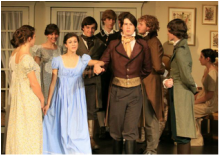 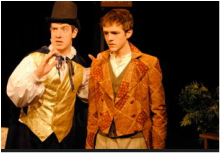 Fools – An off-beat comedy, Written by Neil Simon.
When Leon Tolchinsky arrives in Kulyenchikov, he finds the town has been cursed with Chronic Stupidity for 200 years, and his job is to break the curse. But no one tells him that if he stays over 24 hours and fails to break the curse, he too becomes Stupid. To complicate matters, he has fallen in love with a girl so Stupid that she has only recently learned how to sit down. 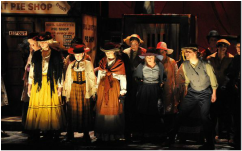 Music and Lyrics by Stephen Sondheim; Book by Hugh Wheeler. The musical tale of the “demon barber of Fleet Street” has won a whopping 18 Tony Awards for the original production and its ensuing revivals, ensuring its place as one of Broadway’s greatest musicals. Stephen Sondheim weaves some of Broadway’s most memorable songs into this powerful tale of revenge and redemption..