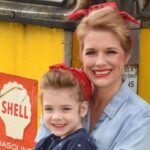 Born in West Chester, Ohio, Kim jokes that her blood runs red and black since her mom was a Lakota teacher, she attended Lakota as a student, and she has been the Lakota West Theatre Director since the school opened in 1997. She has been an actor, model, radio DJ, director, producer, and teacher for many years. She has a BA in English Education, a Teaching Certification in Drama K-12, a master’s degree in Directing from the Theatre Conservatory at Roosevelt University and a master’s degree in Educational Leadership and Administration from Miami University. Kim has also served as the West Theatre teacher at both West campuses. She has loved every production at Lakota West but some that stand out for different reasons are Miracle Worker, The Diviners, Little Women, Godspell, Sweeney Todd, Guys and Dolls, Shrek and Newsies. Some of her favorite roles she has played as an actor are Rosalind in As You Like It, Adelaide in Guys and Dolls, Shelby in Steel Magnolias and Charity in Sweet Charity where she met her husband, Tom, who played opposite her as Oscar. Yet her greatest achievements are her children, Annie (5) and Jack (3). Annie already directs Kim and Tom and gives notes on their singing and character portrayals of cartoon characters. They also enjoy family time at Disney World which they visit often. 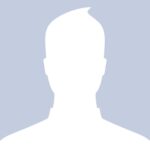 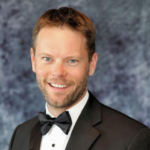 Mr. Carr is a graduate of Lakota West High School and has been teaching since 2002. Mr. Carr holds music degrees in music education from Miami University of Ohio. Mr. Carr’s teaching responsibilities include directing the nationally recognized Lakota West Symphonic Winds, Symphonic Band, and Concert Band. He assists with two freshman bands, as well as being the director of the Marching Firebirds.

The Lakota West Marching Band has continued its tradition of excellence under Mr. Carr’s leadership. In addition to competitive success with their field shows they also performed at the 2015 Tournament of Roses Parade and were the featured performers at the 2017 Disney Magic New Year’s Eve Parade. The Marching Firebirds have been finalists at Bands of America Regionals and have performed at Grand Nationals. The Marching Firebirds consistently qualify and have been subsequently awarded superior ratings in OMEA State Level Competition.

The concert bands have been awarded superior ratings at district and state level festivals since the schools opening in 1997. They have performed at the Music for All Regional Concert Band Festival and at OMEA State Convention. The Lakota West Symphonic Winds have maintained a tradition of excellence, performing great masterworks for concert band, as well as hosting a large group of distinguished guest conductors and composers with the band each year. This group also has multiple students selected from the ensemble each year for the Ohio All-State Ensembles.

Mr. Carr marched with Lakota West, Miami University, and he has a DCI world championship ring earned with the Cavaliers Drum and Bugle Corps during the 2000 season. He has traveled extensively throughout the world singing and playing throughout his career. Mr. Carr remains an active trumpet player and trumpet teacher. He is an active member and judge in the Ohio Music Education Association, regularly attending OMEA contests and conventions. He hosts several local music events for area music students, and has acted as the chair of All-State ensembles. In addition to OMEA, he is an active member of NAfME, a Conn-Selmer VIP, MSBA, ITG, and JECO. Mr. Carr resides in West Chester with his wife Alyssa and two sons, Chandler and Maddox. 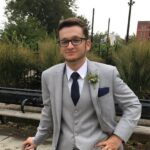 Christy (LoBuono) Munafo is very excited to continue her passion for theatre on the very stage where she performed as a student. She trained in contemporary, ballet, jazz, hip hop, tap and musical theater for 15 years. Upon graduation, Christy studied at Miami University and while living in Oxford was still able to co-choreograph her first show, Joseph and the Amazing Technicolor Dreamcoat. After earning her Miami Bachelor Degree in Middle Childhood Education, Christy returned to West to choreograph Disney’s Beauty and the Beast and has been here ever since. Some of her favorite work includes: Throughly Modern Millie, West Side Story, Mary Poppins, Shrek, and Newsies. For 6 years, Christy also coached the LWHS Dance Team. She led them to two National Titles before deciding to focus solely on theatre productions. In addition to her work at Lakota West Theatre, she teaches fifth grade at Fairfield City Schools and is busy raising her son Mac and daughter Mia, with her husband Joe.

Originally from Cincinnati Ohio, Eric got his Bachelor of Fine Arts in Technical Theater from the College Conservatory of Music (CCM) at the University of Cincinnati. After graduating, he has served as the Technical Specialist at West Point Military Academy, Lighting designer for KC and the Sunshine Band’s international tour, Resident Master Electrician for CCM, Director of Sales/Senior Project Manager at Loud and Clear and is currently the Technical Director for Indian Hill High School. Eric is the resident sound designer and/or technical theater specialist for Greater Hamilton Civic Theater, Encore Youth Theater, Hamilton Rotary Club, and Fairfield High School. His work and been seen/heard on numerous stages around the city. When not working inside a theater, Eric can be found enjoying the outdoors and spending time with his daughter Charlotte, son Noah, and wife Becky. 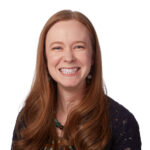 Lisa Hancock (Poster and Program Designer) was a member of the first graduating class from
Lakota West, working on the stage crew for Hello Dolly, and stage managing You Can’t Take It
With You. The summer after she graduated high school, Lisa also had the honor of co-stage
managing a community theatre production of Guys and Dolls. She spent the next few years
attending the University of Cincinnati, earning a degree in Digital Design from DAAP.

In 2017, Lisa was lured back to her alma mater when Kim Eldridge asked for some help creating
the poster and program for To Kill a Mockingbird, and Lisa has been creating the advertising
artwork for Lakota West Theatre ever since! When she isn’t working with Kim on the next
amazing show, Lisa is employed as a Graphic Designer for Signature Hardware. 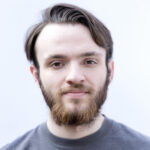 Alex Renner has spent many years in Lakota West Theatre working as the tech crew chief, theatre support (lighting, sound, projections), and is now the website administrator. He graduated from Lakota West High School in 2019 and has worked with the theatre ever since. He has attended the University of Cincinnati from 2020-2021 and is currently attending Ball State University pursuing a Bachelor of Fine Arts degree in Theatre Design & Technology.

He first joined theatre during Season 20 and has gone through Acting I, II, and III. He has been worked on 6 shows as a student here, 5 shows after graduation, and 29 theatre rentals between Lakota West main campus and freshman campus. Alex has found a true passion for theatre, and highly encourages any student to take part in any show that Lakota West Theatre has to offer.

My name is Micah Sharp and I graduated from Lakota West in 2019 as the Lakota West
Theatre President and Theatre Dance Captain. I am a current Junior at The Ohio State
University and will be earning a degree in Strategic communications. After college I hope to
work for The Walt Disney Company as a full time marketing agent. The time I spent in the
theatre has helped to provide this path for myself and I couldn’t be more excited. I have always
enjoyed being on the stage from dance competitions and recitals to acting and singing with my
friends. I hope to be back in the theatre more often to help inspire the many students who have
the honor of performing on this stage that I called for years.

My time at Lakota was nothing but memorable and I was beyond proud to follow in the
footsteps of my older brother. My younger sister now attends Lakota West and has been able to
witness the theatre magic for herself. Getting to walk back through the theatre doors every so
often has been so welcoming and puts the biggest smile on my face. Walking back home brings
back so many great memories and I love sharing that with everyone else who walks in.